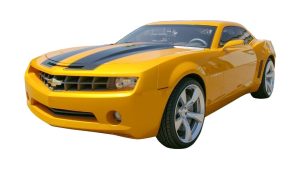 How long do Camaros last? Well, in this post, we are going to be tackling this issue so stick around. Launched in 1966, the Chevrolet Camaro has been one of the most iconic American-made muscle cars ever since. It was brought onto the market as a direct competitor of the Ford Mustang.

Dubbed the poor man’s sports car because of it is relatively inexpensive to maintain,  chevy camaro offers a combination of great performance, reliability as well as longevity. How long does a Camaro last though?

Contents show
How Long Do Camaros Last?
What Is The Life Expectancy of a Camaro?
Maintenance
Driving Style
Strain on Engine
Are Chevy Camaros Reliable?
Conclusion

How Long Do Camaros Last?

In short, The average lifespan of a Chevrolet Camaro is  15 years this ranges anywhere from 10-20 years with proper care . The Camaro is able to last anywhere from 150,000 to 200,000 miles on average with a good maintenance record. If taken care of very well, it is not uncommon for it to go as far as 300,000 miles.

As the figures above suggest, you can expect the Camaro to last you over a significant time span if you make the effort to maintain and drive it well. Let’s take a deeper look into the issues that affect the overall lifespan of a Camaro.

What Is The Life Expectancy of a Camaro?

The first and arguably most important factor would be maintenance. In order to get the best out of your Camaro and any vehicle for that matter is how well you maintain it.

A vehicle with a good maintenance record will generally last well over the average life expectancy for a vehicle in that class. Regular oil changes at the recommended intervals will go a long way in helping your vehicle get the longest possible lifespan.

For even better results, changing your oil and filters around 1000 miles before the stipulated timeframe will significantly increase the lifespan of your vehicle. Running high-quality synthetic oil has also been known to have a significant impact on longevity as well.

Consult with your mechanic or dealer on which synthetic they recommend for a Camaro.

Your driving style will also have a significant impact on how well your Camaro performs in the long run. If you have a “heavy foot” you should ultimately expect a shorter lifespan.

You will b putting a lot of strain on your engine, brakes, and just about every other part of your vehicle. One would argue that since the Camaro is a sports car, you can effectively drive it hard.

This is not necessarily true though as even professional race drivers know how and when to get the best performance out of their vehicles with the least strain on it. This leads us to the next point:

A Camaro is technically classified as a muscle car through those realistically went off the market decades ago. It’s common for Camaro owners to want to test the limits they can take it to.

This includes the occasional or regular street or drag race. This type of driving puts a significant amount of strain on the engine meaning that the lifespan will be reduced significantly.

With a reliability ranking of 3.5 out of 5, the Chevrolet Camaro is one of the more reliable options in its class. As far as the maintenance cost is concerned, the Camaro does pretty well here.

The average annual maintenance cost is just under $700 making it one of the best in its class. There are several known issues associated with the Camaro that you need to be aware of.

The first is a coolant leakage issue at the rear of the engine. This is linked to a faulty thermostat housing gasket. Fortunately, this is both a cheap and easy fix. Another reported issue has been shuddering while driving. The first type is shuddering while breaking.

The cause of this has been traced to unbalanced tires. You need to static balance them in order to get rid of this issue. Another reported issue is rough or low idle.

Though there are several reasons why this could be the case, the usual problem is a clogged or dirty throttle body. The problem can be easily fixed by cleaning it. Sometimes, this problem can be caused by a torque converter.

Make sure you eliminate the possibility of an issue with the throttle body before looking into the torque convertor. Another, the more cosmetic issue is chipping paintwork.

Having said that, the issues that you will face with a Camaro are pretty easy to fix and are cheap to fix. Overall, the Camaro is a super reliable car that will go the distance if you make sure to take good care of it.

Just like anything else in life, when you take good care of your Camaro, you can expect a long lifespan of about 200,000 miles on average. 300,000 miles is also not uncommon. It is a supe reliable car and cheap to maintain as well.